songs not nearly as good as nosetalgia, but at least the visuals bring something to the table?

this video pretty much sums up pusha ton’s debut album….boring and forgettable, the video actually kinda makes me like the song less

Pusha T – Numbers On The Board (Video)

my name is my name

a few days late my bad toth.0 was in boston watching the bobcats…..WITH THE BOBCATS

step 2. feature the hottest buzzing names in hip hop at the time

step 3. make sure the beat follows the trend of hits that have been coming out in the past year (hi hats are a must, piano’s are optional)

step 4. the video must have a gratuitous amount of cameos 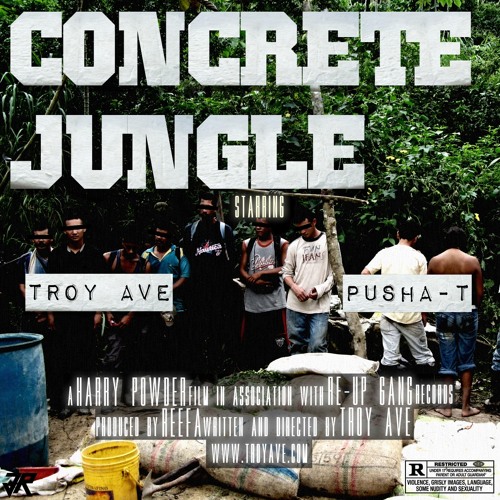 theres a shit ton of coke talk on this record…..

shouts to toth.0….woulda missed this one without your heads up (paws)

sequel to the the first s.o.u.l tape dropped on thanksgiving again…

real talk….tity boi puts on a hell of a live show….if he’s in your city, check the homie out…

RZA – The Man With The Iron Fist Soundtrack (Album Stream)

Quentin Tarantino presents The Man With the Iron Fists, an action-adventure inspired by kung-fu classics as interpreted by his longtime collaborators RZA and Eli Roth. Making his debut as a big-screen director, co-writer and leading man, RZA alongside an exciting international cast led by Russell Crowe and Lucy Liu tells the epic story of warriors, assassins and a lone outsider hero who all descend on one fabled village in China for a winner- takes-all battle for a fortune in gold.

Blending astonishing martial-arts sequences from some of the masters of this world with the signature vision he brings as the leader of the Wu-Tang Clan and as one of hip-hop’s most dominant figures of the past two decades, RZA embarks upon his most ambitious, stylized and thrilling project to date. Joining Crowe, RZA and Liu in the cast are Rick Yune, Jamie Chung, Cung Le, Dave Bautista, Byron Mann, Daniel Wu and Pam Grier.

stream after the bungee
END_OF_DOCUMENT_TOKEN_TO_BE_REPLACED

– big sean does his thing

– common actually freestyles….. i havent heard someone go off the top this well since chuck ham in his prime

so what do you do when get financially screwed by Baby and Co.? stop giving out beats for others and rap on them yourselves….bangladesh’s beats are always ehhhhh to me, then i either thoroughly enjoy the shit or absolutely hate it….ill let you know how i feel in a couple days lol

now THIS is a fucking music video….damn

END_OF_DOCUMENT_TOKEN_TO_BE_REPLACED

Pusha T – What Dreams Are Made Of (Video)

off that fear of god 2…loving that ric flair sample

Pusha T – What Dreams Are Made Of

pusha spit the exact same bars on funk flex a few weeks ago (check it here)….i actually prefer that version with the classic mc lyte beat than thsi, but to each their own…..

the ric flair tho?

“It’s so hard for me to sit back here in this studio, looking at a guy out here, hollering my name!—When last year I spent more money, on spilled liquor, in bars from one side of this world to the other, than you made! You’re talking to the Rolex wearing, diamond ring wearing, kiss stealing, whoa! wheelin dealin’, limosuine riding, jet flying son of a gun and im havign a hard time holding these alligators down!”-Ric Flair

END_OF_DOCUMENT_TOKEN_TO_BE_REPLACED

im posting this for a couple of reasons….

1. pusha t is horrible live….horrrrrible  i saw him (the clipse)  a few years ago at club fur (18 and up…not a good look, where my old bitches at?)

2. tyler gets NO love anywhere but overseas, because, well he’s a sub par artist…..notice how no one gave a fuck he was there for the feature?…..