I know I shouldn’t but I’m looking forward to this. Suicide music for niggas (and drewpee) coming October 26th…

Visuals for my favorite track off of Tradmark’s mixtape Issue #2….And yes DZA murders him, but we already knew he was gonna do that right?

Bun B feat. Drake – Put it Down

END_OF_DOCUMENT_TOKEN_TO_BE_REPLACED

Video of Cole and Wale at Denny’s freestyling…..nigga from UCB on the beat….Wale was kinda nice, but just like everything else he does that has a feature, he got bodied.

Guess they didnt take his advice.

Shouts to Miss Piggy for the find…..

Part of this video was used in the intro to my favorite track off of Teflon Don “Tears of Joy” produced by No ID. I know it’s a tad bit militant, but don’t tell me it doesn’t get you all riled up.

“That when the pig get’s to jivin’ with you….when the pig is wrong…..you whip your guns out, blow him away……”

Because we’re so hood, and set trip and Hoo ride all the time here at the census, I had to post this….Article over at Complex on the Top 10 most gang-affiliated hats. You see us at #9 though right?

shouts to Ari Gold on the find….

Real shit to get you (me) through “hump day”….nullus…

This guy can spit, and will most likely (99.9%) do nothing with his talents, so I can relate.  But, shits real talk, and nice.  Just how I’m feelin right now…enjoy. DrewPBalls signin off.

I can’t believe I haven’t posted this, but I watch it at least once a week and literally laugh out loud everytime i see it….Hit the bungee for classic killa this is SNSFW but hilarious…..

Also is it just me or is Cam turning into that crazy uncle that’s always at your family reunions?

END_OF_DOCUMENT_TOKEN_TO_BE_REPLACED

*Word is Ross sold 195K and claimed the number one spot on billboard….To put that into context, 50’s last album did less than that in its first TWO weeks….

Gatsby and I always agreed that no matter what, at the end of the day, the public wants good music all the gimmicks (disses, skits etc…)  and what not are cool, but if you arent putting out good music, noones going to give a fuck……CURRRRRRRRTISSSSSS!!!!!

For those who really wanted that Drake verse on Aston Martin music. This was supposed to make the album but didn’t. I’m guessing a seven minute song couldnt fit on an 11 track album? *shrugs*

Mr. Rozay speaks on Wing Stop among other things

Hit the bungee for his NSFW release party (hint: helicopters and scantily clad women beeeitches)…..I repeat NSFW…..let’s not lose jobs over this fellas, just watch when you get to the crib…..First stop PHUB, second stop Rozay post…..

END_OF_DOCUMENT_TOKEN_TO_BE_REPLACED

I haven’t posted anything Dipset Reunionish since them all getting back together for a couple reasons:

1. The music hasn’t been that good (I just started to like “Salute” literally yesterday, no coincidence that it’s the same day Vado added a verse to the original)

2. Juelz is literally the laziest artist out now. Name me one artist who hasn’t done anything…..ANYTHING (no mixtapes, no movies, no albums, NOTHING), since 2007. I mean it’s his job to rap. I’m not saying I’m the hardest working nigga in corporate America, but I don’t know if I could keep my job if I even took a few months off….Still waiting on naming another artist…..

3. As much as I want to sign up for this reunion, AraabMUZIK is not the in house producer that should be handling this shit. Even though his little dinner party trick is pretty entertaining, his beats are, well….pretty fucking annoying after the first 45 seconds of the song. That’s cool and all for an album full of intro’s and skits, but I dont think that’s the route theyre going.

Anyway, I hope  good music comes out of this situation because I fucked with the Dips hard back in college.

Hit the bungee for “Salute” and “We All Up In Here”

END_OF_DOCUMENT_TOKEN_TO_BE_REPLACED

There’s only one person happier than yall right now…..

I know yall (when I say yall I mean the many few couple followers) are real hyped cuz you getting post after post today…..But yall aint never gonna be as hyped as that nigga up there..

New track from Smoke DZA. Kenny Beats on the boards. George Kush Da Button August 4th. I know his subject material is hella redundant (shit, the nigga makes Curren$y seem like a conscious rapper lol) but his beats are always on point and he always does them justice.

Oh yea, he murders his verse on “Skybourne” off that Pilot Talk album.

A track that didn’t make the cut to one of mine and great gatsby’s favorite summertime mixtapes . If you haven’t picked it up, I suggest you do now.

Been a while since I did some old school v. new school.

Not really a fan of Curt@!n$ but you know I’m fucking with Dom. These two trade bars over the M.G.M beat. Off of Curt@!n$ upcoming mixtape The Dissertation: The Wu-Thesis.

Now the original version off that once, highly anticipated and highly overrated Wu-Tang Forever double disc.

END_OF_DOCUMENT_TOKEN_TO_BE_REPLACED

Drake – Do It All 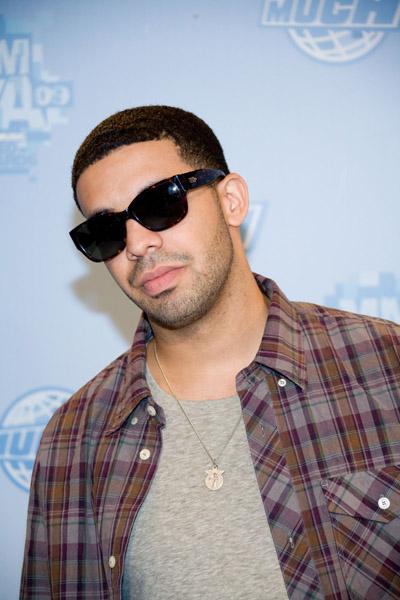 Drake – Do It All -zshare

Gonna be alot of posts today so be sure to check back periodically….

This GOAT’s an asshole…

Yup thats what I’m on right now…long ass day aint shit to do….

This is an example of when Liquid Crack goes wrong….I saw this title and I automatically was expecting something good….not this “I’m fuckin Amanda Bynes, Nikelodeon Sum 41” bullshit….maybe i’m wrong and the white america will love this, but this shit is awful to me…

Visuals of Game in the studio working with Cool & Dre on his upcoming mixtape “Brake Lights” (all Cool & Dre beats)…Glad the label made him get back in the studio and rework his album. What was leaking was awful and all the reviews were pretty luke warm.